One of the key principles of wills and trusts law is that a will should be given effect as written, unless it is shown that the will was procured by fraud, duress, or undue influence. This principle, known as the “rule against perpetuities,” is based on the idea that a person’s wishes should be respected and carried out after their death.

In Carpenter v. Tinney, the court recognized that while the general rule is that a will should be given effect as written, this principle is not absolute. If a will contains mistakes that are material to its dispositive provisions, the court has the power to reform the will in order to correct those mistakes. This allows the court to give effect to the testator’s true intentions, even if those intentions were not properly reflected in the will due to mistakes of law or fact.

It’s important to note that the power to reform a will is not unlimited. In order for a will to be reformed, the court must find that the mistakes were material to the dispositive provisions of the will and that the testator’s true intentions can be determined with reasonable certainty. The court will also consider whether the mistakes were the result of fraud, duress, or undue influence. If these factors are present, the court may be more hesitant to reform the will, as it may suggest that the testator’s true intentions were not being accurately reflected in the document.

In cases where a will is being challenged due to mistakes of law or fact, it is important for the parties involved to present strong evidence to the court in support of their position. This may include testimony from witnesses who were present when the will was executed, documents and records related to the testator’s property and beneficiaries, and expert testimony on issues of law and fact. The outcome of such cases can be highly fact-specific, and the court will consider all of the relevant evidence in determining whether to reform the will.

In conclusion, while the general rule is that a will should be given effect as written, courts do have the power to alter wills that contain mistakes of law or fact. However, this power is not unlimited, and the court will only reform a will if the mistakes are material to the dispositive provisions of the will and the testator’s true intentions can be determined with reasonable certainty. The presence of fraud, duress, or undue influence may also be a factor in the court’s decision. 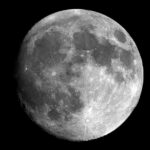